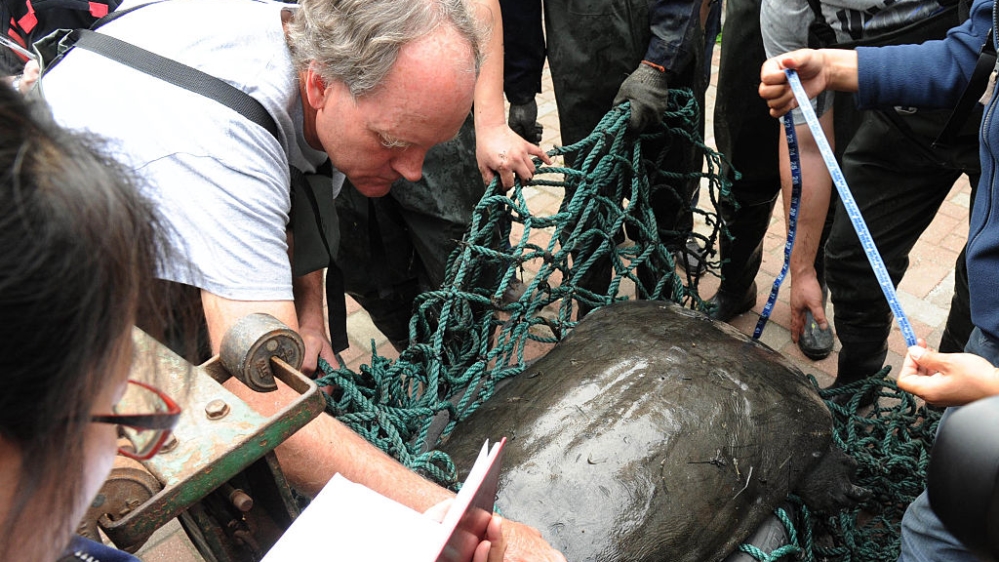 A zoo in southern China says the only known female member of one of the world’s rarest turtle species has died.

The animal was one of four Yangtze giant softshell turtles known to be remaining in the world.

The Suzhou zoo, where the female turtle lived, also hosts a male Yangtze giant softshell turtle. The other two live in Vietnam, but their genders are unknown.

Suzhou authorities said on Sunday that the female turtle died on Saturday afternoon.

The city government said in a statement that experts have already used technology to collect the turtle’s ovarian tissue for future research.

The state-run People’s Daily reported that the turtle was over 90 years old and had undergone a fifth attempt at artificial insemination shortly before she died.